You are here: Home / Programs / Plant Trees on Kilimanjaro 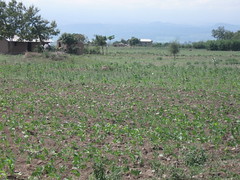 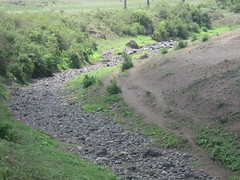 Mount Kilimanjaro in Northeastern Tanzania has three distinct volcanic cones. The highest – called Kibo – is 5,895 meters high and covered by snow. However, the snowcap is disappearing.  According to NASA, the most recent ice cap volume has dropped by 80%. This will have grave consequences for the local population who depend on water from the ice fields during the dry seasons and monsoon failures.

Additionally, deforestation and poor land management have accelerated soil erosion on farming lands. Streams are muddy with tons of vital topsoil that is being washed away. Increased flooding is destroying crops and causing food shortages.

The local church is working to encourage intensive tree planting and education on farming methods to conserve the environment and ensure sufficient food production. For example, young people attending confirmation classes have to plant 10 trees before they are confirmed. Women in parishes are leading the campaign for tree planting around churches and schools.

This project addresses one of the world’s most visible symbols of global warming – Mount Kilimanjaro, the highest peak in Africa, and its melting glaciers. What’s less well known is the impact of the melting snows on the people who live on its slopes, and their ambitious and detailed plans to remedy the situation while fighting global climate change.

It’s also special in its comprehensive scope and vision: the three-year project to plant millions of trees will work through the 152 parishes scattered on the slopes of the mountain. It will be implemented in co-operation with Kilimanjaro Regional Forest and Agriculture officers and local government leaders.

Brought to you by…

To Offset Your Carbon Footprint.